We wanted to pass along this article which we thought to be very inspiring. Get out there and garden!

My friend passed along some vegetable seeds and my first burst of excitement has turned into dread.

With the struggle to slow COVID-19 leaving most households quarantined and food-obsessed (sourdough-starter sharing the least of it), I have these suddenly hot items in my hands. But now what do I do with them?

I have a lilac bush that’s still pathetic five years after planting. It’s a couple feet from the site of a sapling I pulled up, frustrated it never took root — so how am I going to transform my kale, pea, tomato and cucumber seeds into bumper crops?

I’ll wager other people have questions too, even if they don’t have a lackluster planting career and self-doubt like me.

The 50th anniversary of Earth Day this year coincided with the coronavirus outbreak and, relatedly, rising consumer demand for fruit and vegetable seeds.

Longtime gardeners have noticed more novices this year picking their brains on tips and troubleshooting.

For example, in Solon, Iowa, Paul Deaton, a gardener of three decades, has heard from people who want to know how to protect their plants from rabbits and deer, or how to plant and raise new crops.

In McComb, Miss., Gay Austin, president of National Garden Clubs, an organization comprised of 5,000 clubs across the country, has heard it too. One woman asked Austin how to cultivate the herb garden at the house she just purchased.

That gets me back to my seed-driven dread. Why should I bother when another planting failure now would be an extra point of aggravation during a frightening time?

For me at least, I think of the trimmed-down grocery shopping lists I could have if I didn’t need to buy as many fruits and vegetables. Instead of staring at a screen, it’s also a way I could distract myself during long weekend hours that are suddenly wide open.

“It’s a wonderful time to be a home gardener, because you’re home,” Austin noted.

I’m immediately aware others may regard gardening as much more than a hobby.

From her Bella Vista, Ark., offices, Look hears from customers all over the country who see empty grocery shelves or long food bank lines and are concerned. “The world as they’ve always known it no longer exists.”

Seeds offer their grower a simple deal: plant and tend to me correctly, and I’ll grow for you. Usually, less is more.

It’s a bargain that rookies can uphold too, according to Rutgers University professor Joel Flagler.

Rather than creating a whole garden, rookie gardeners can begin by putting seeds in pretty much any container, so long as it has drainage at the bottom. If you want to grow a larger plant, like a tomato, or put a couple of plants or flowers together, Flagler said it would be good to start with a bigger container. (That could be something with that’s between one and three feet in diameter, he said. And, again, don’t forget the drainage at the bottom.) Add sun, water and a “positive attitude” and you’re on your way.

I’m going to add a healthy dose of internet research to my planting efforts. So much for my minimal screen time.

I have tomato, cucumber, kale and pea seeds. But tomato and cucumber are plants for the hotter months, which, Flagler said, can be planted in late May and picked in late July. Kale and peas are “cool season” plants, he noted.

Kale’s outer leaves can bloom and be ready for eating in a few weeks, he said. Peas could take closer to 60 days. I figure I’ll start with those.

Flagler teaches horticultural therapy at Rutgers, a discipline using plants and gardening to improve the mental and physical health of people with special needs.

He understands the allure of gardening for everyone at a time like this.

‘There are certain, very stabilizing forces in gardening that can ground us when we are feeling shaky, uncertain, terrified really. It’s these predictable outcomes, predictable rhythms of the garden that are very comforting right now.’

I understand how any activity giving a sense of control can seem especially attractive right now.

Actually, gardening isn’t some power trip, Flagler noted. “It’s that positive control, a feeling of ‘Hey, I did this, I did something good here.’”

That also seems like a good way to feel right now, even if only for moment.

So this past weekend, I bought potting soil and small, cardboard mini-pots to start planting.

I discarded my dread, dropped the kale and pea seeds in the pots, poured water and hoped for a second chance.

Credit to MarketWatch for this article. 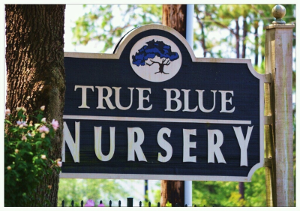 Our Hours:
Monday - Saturday 8 am to 5 pm
Closed Sundays